So I was just reading an article about smoked beers. Here it is for your reference (https://www.atlasobscura.com/articles/all-beer-tasted-like-smoke-brewing). I can't speak for A on this but a smoked beer intrigues me. In all honesty the few I've had I won't want to try again. For the most part I think these are to heavily smoked. I want  a smoked beer like I make smoked meat, a heavy layer but when mixed with the rest it is subtle and soft.

This is why I don't often smoke with mesquite it's just to harsh for the palet. Now if I need a blast of smoke for something that's being cooked quickly I have a bag of mesquite lying around. So there's a time and place for everything. All the smoked beers I've had so far are dark from the smoke and the fact they are often stouts to begin with. I'm wondering what a little apple smoke to the hops would do for an IPA.  Wouldn't need the heat if using pellets but if you have the flower maybe some indirect heat could completely change their profile. With all the oils in the hop I wonder if it would bitter more or sweeten. A light smoking of a sweet wood or even cherry just sticks in my mind as an occasional delight.

If anyone's done this and there's a reason why I don't see them everywhere (I'm certain this isn't an original thought) please tell me. Does the hop not roast well? Do we end up with hopcorn instead of a delicious bittering and preserving bloom? I need to know. 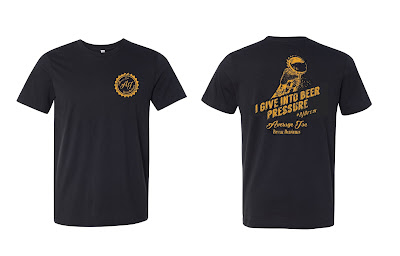